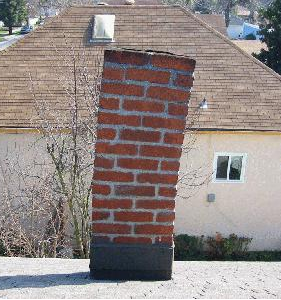 Chimney restoration in Atlanta is an ongoing full time effort. Many of our homes are well over a hundred years old.  You can think of your average chimney like a human as far as age goes. When they are getting around their 90’s, you shouldn’t expect them to be in brand new condition.

The builders did a really dumb thing
I have seen chimneys that were coming apart after only 20 to 30 years, because the builders did a really dumb thing….they built the chimney during sub freezing weather. If you do that the water in the mortar freezes before it can set. Then the mortar never really hardens and is sort of flaky and semi soft. You can take a screwdriver and dig that kind mortar right out from between the bricks. Those chimneys don’t really have a chance, and they will have bricks falling off in a few short years.

What helps a chimney go for 200 years?

On the other side, what is it that helps a chimney go for 200 years?  Usually two main  things.  They used the proper type of mortar (at the proper temperature), and the chimney is protected on the top. (see the chimney cap page for more explanation on this). If the top of the chimney is not properly protected, then water seeps in during rain, snow, or even dew/frost  events and freezes inside the mortar joints. This constant expanding spreads and breaks the bricks loose from each other.

So a good chimney will either have a solid concrete crown (that’s a several inch thick layer of concrete over the entire top of the chimney, except where the flue pipes come out.), or a chimney cap or cover. These are usually made of painted steel, but may also be made in different decorative metals like copper. These are available from a good Atlanta Chimney Sweep company.

So why would you do a chimney restoration? One reason is if your chimney is no longer safe to use for wood or gas burning. Another reason is that the chimney is actually in danger of falling over.  Sometimes people are remodeling and the chimneys don’t fit the new look. Chimney’s can have amazing spectacular designs that can make your Atlanta home really stand out. You could choose an entirely different material to build with, or refinish and existing chimney with stucco as an example.

Chimney restoration is usually a major undertaking, depending on size and location in the home. If you have a short chimney on the outside wall of the house, the process could be fairly straightforward. However, if the chimney is very tall, and on one of your inside walls coming right up through the roof, then the project will be much more extensive and expensive. An honest Atlanta chimney repair company can let you know what the price range is. 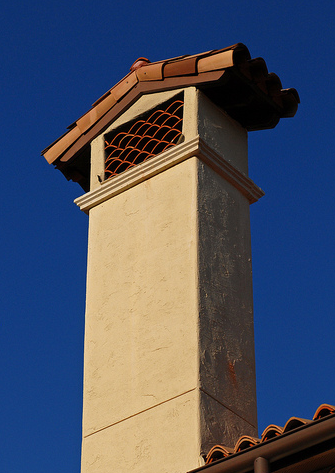 A note here about whether you need restoration or just relining. If the outer brickwork is still acceptable on your chimney, but there is no terra cotta  flue pipe inside the chimney stack, then it is much cheaper and easier on all concerned to simply reline the chimney. You can see more about that *here*.  What we mean by restoration is redoing the entire chimney, inside and out. On the other hand there are partial restorations, which we can discuss.

A good way to get ideas for your redesign is to drive around Atlanta looking at homes. When you see something you like, take a picture. Then when you get together with your architect or designer, they’ll have a much easier time seeing  your vision.

We may not like to spend that much money, but sometimes there’s just no alternative to calling an honest Atlanta chimney sweep about a full chimney restoration.